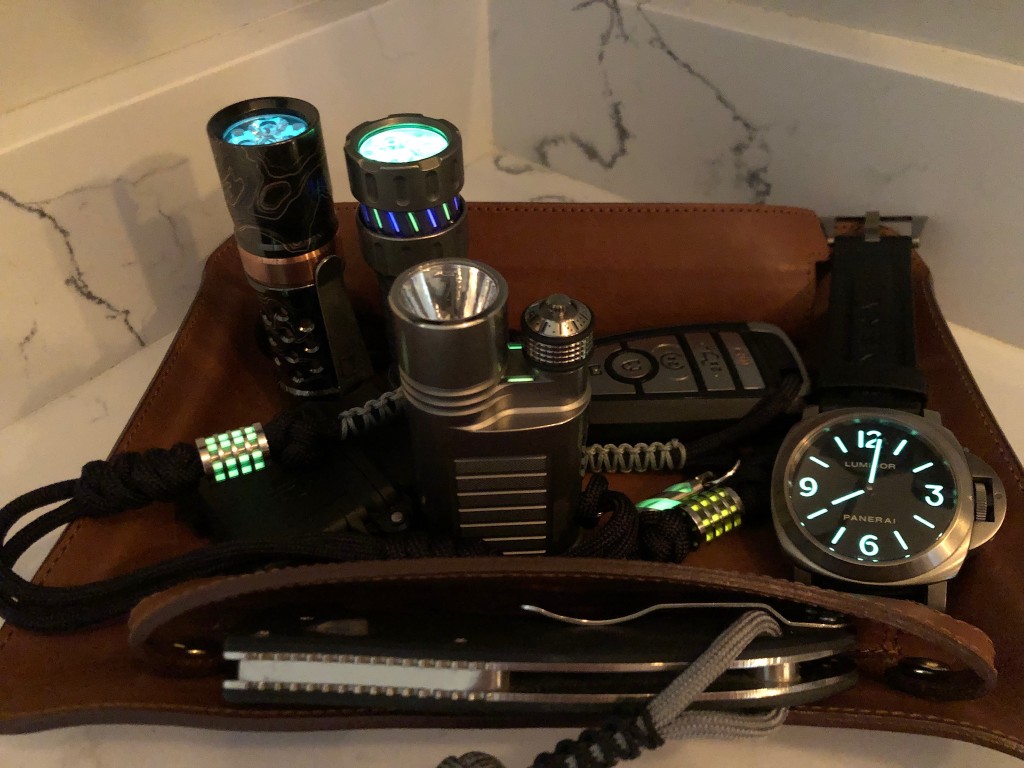 I just received a special edition Mechforce Mechtorch, mainly for the 16 tritium slots, and because I like the price point and performance of it for use as a nice EDC beater. 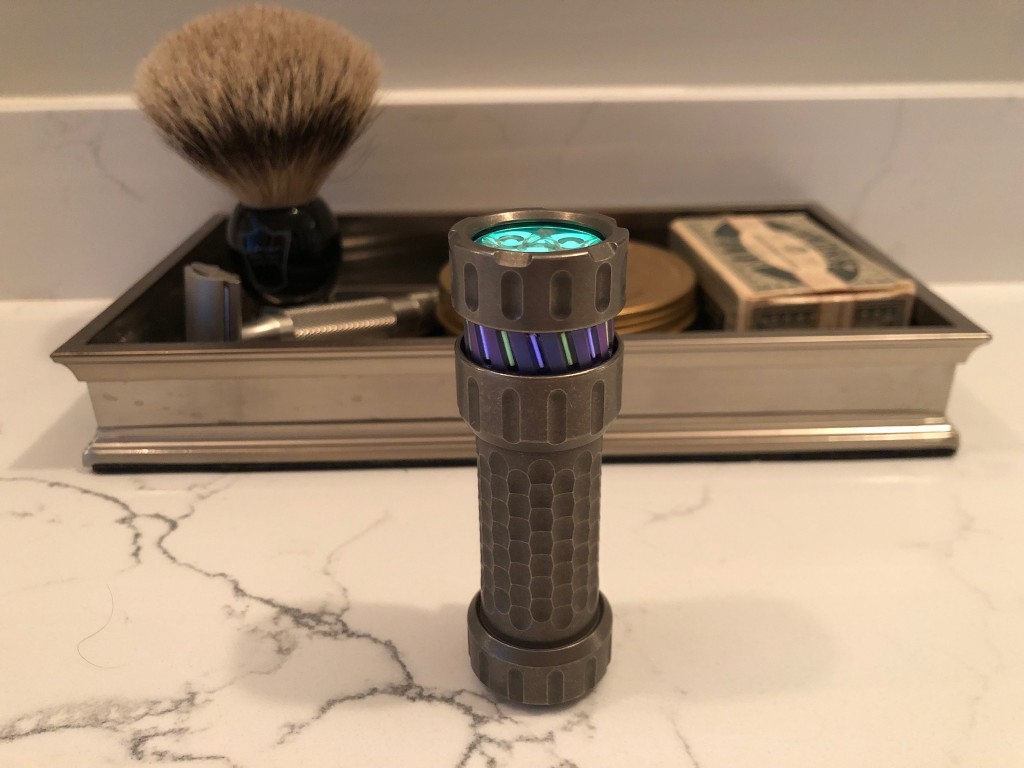 Having also picked up a Barrel M2JN, which I consider a higher end light, I’m both surprised and somewhat disappointed to learn that the entry level, much less expensive Mechtorch out performs the Barrel. At their highest settings, the Mechtorch is putting out substantially more light, and will do so for a lot longer than the Barrel. One thing I have noted about the Barrel is that it will only hold the highest turbo mode for a moment (one second or less), which is virtually useless. There’s really not much point in having a turbo setting that the light can only maintain for less than a second. I’ve tried multiple batteries, including the one that came with the light, and I get the same result. So while the Barrel is a true thing of beauty, and I feel fortunate to own it, I’m surprised by the inferior performance when compared to the slightly smaller Mechtorch.

It may be a bit on the cheesy side, but glowy stuff cool, and it’s an impressive little titanium performer at a great price point. I really like the blurple trit ring, but I have black and stonewashed titanium pocket clips on the way, because I think the purple clip takes it too far. 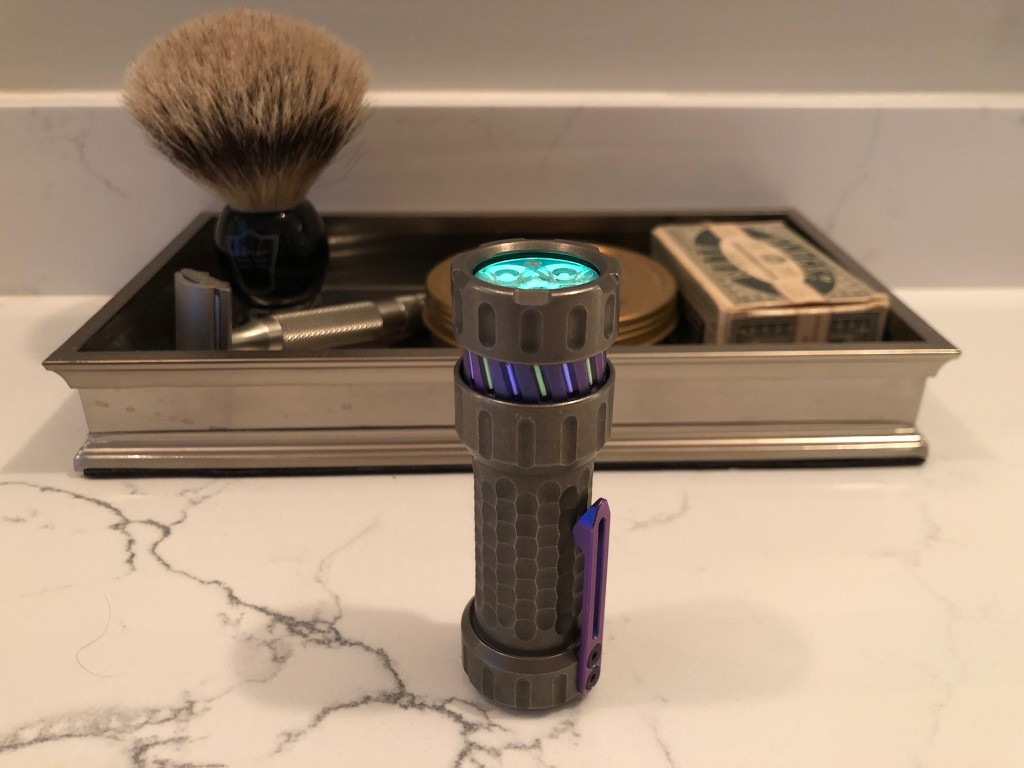 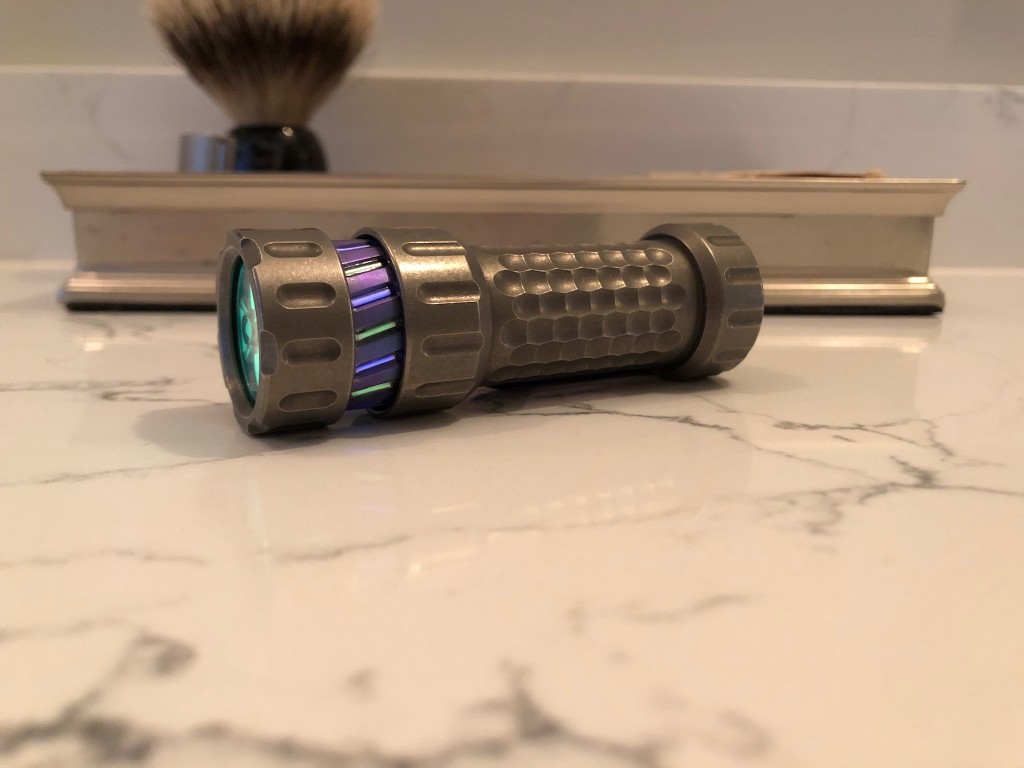 The flashlight collection, spurred by my recent interest in EDC (every day carry). 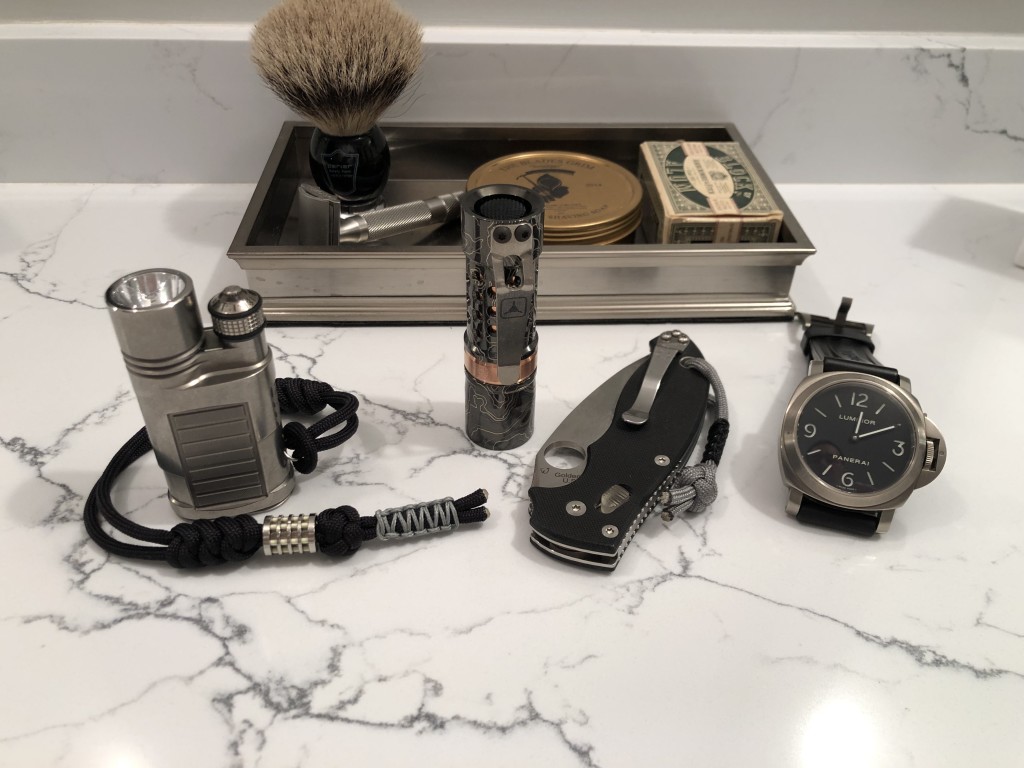 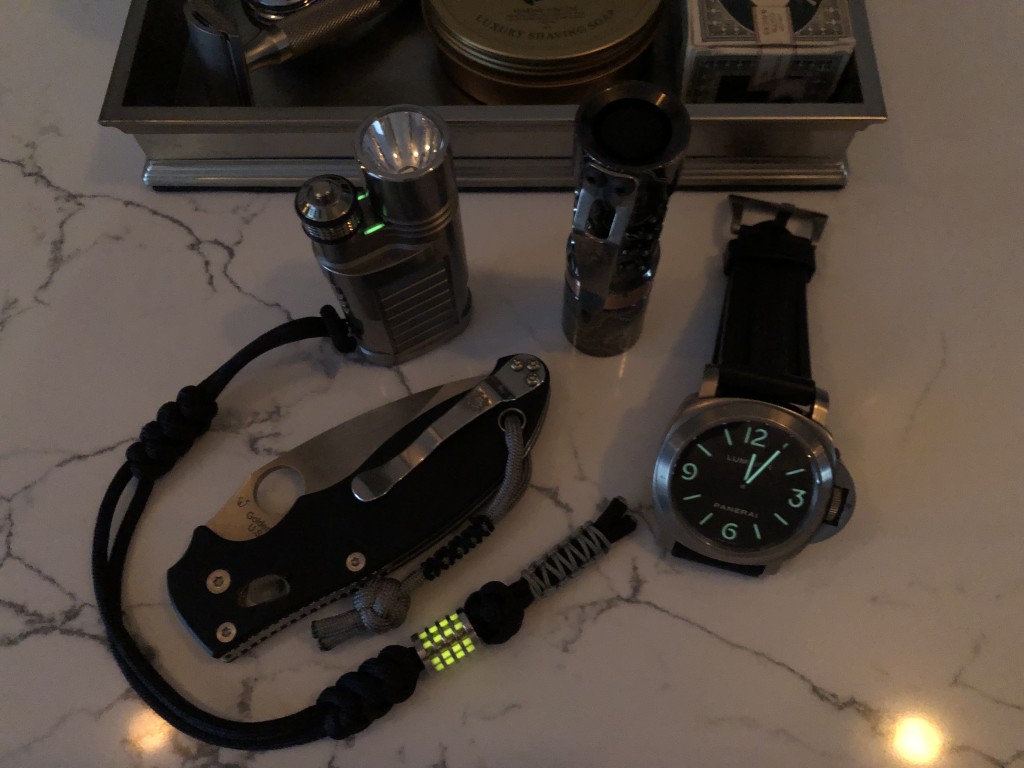 The Cool Fall Spy 007 Ultra with tritium vials in the slots and on the home made lanyard. 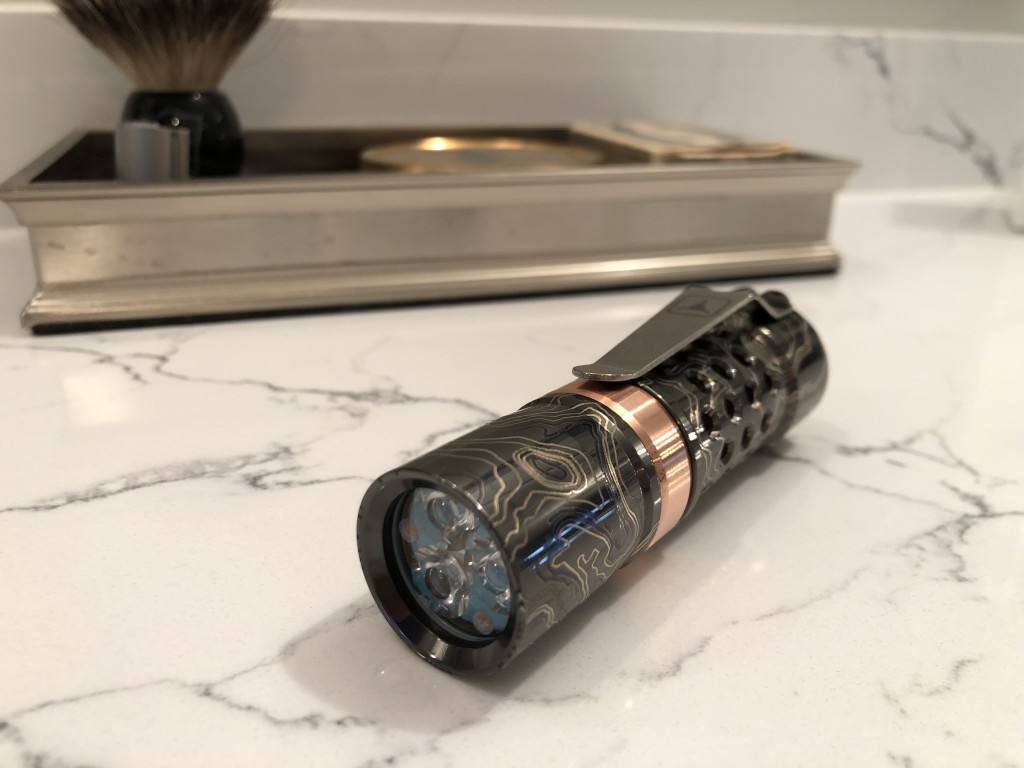 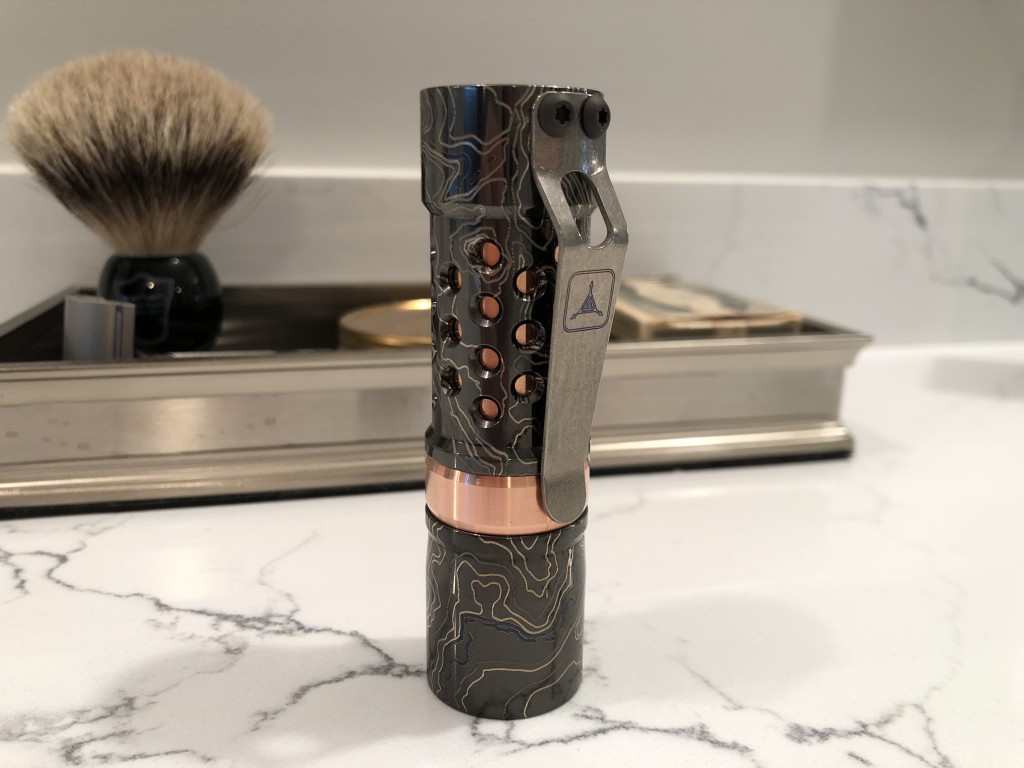 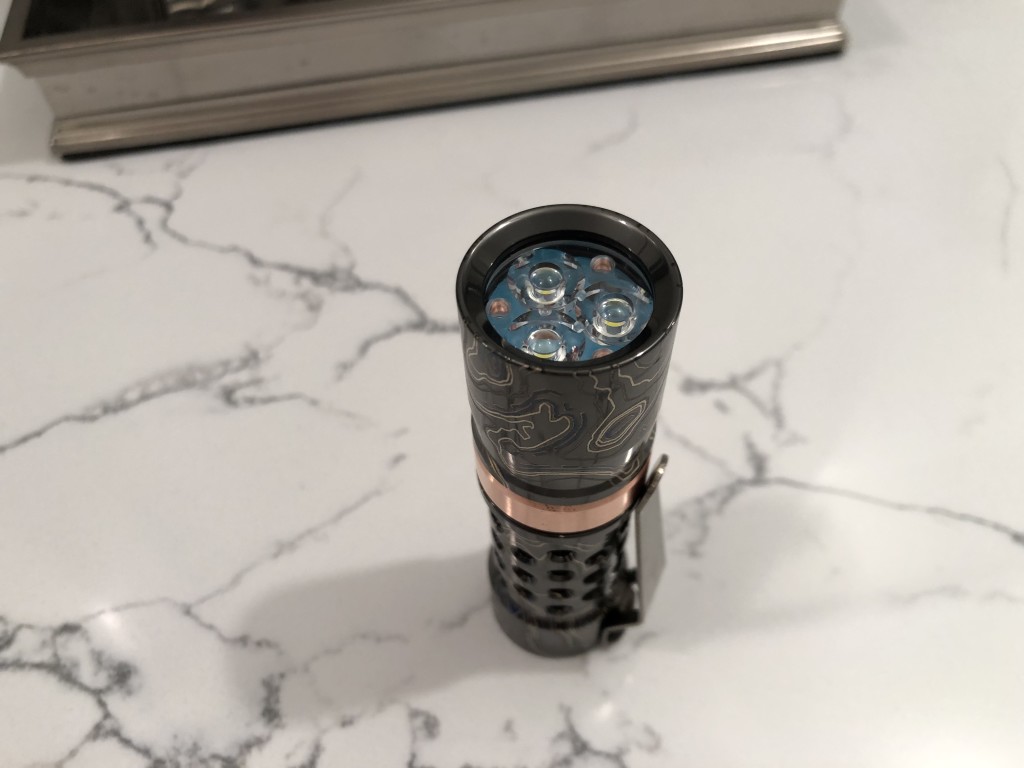 The Barrel with its Spy brother. 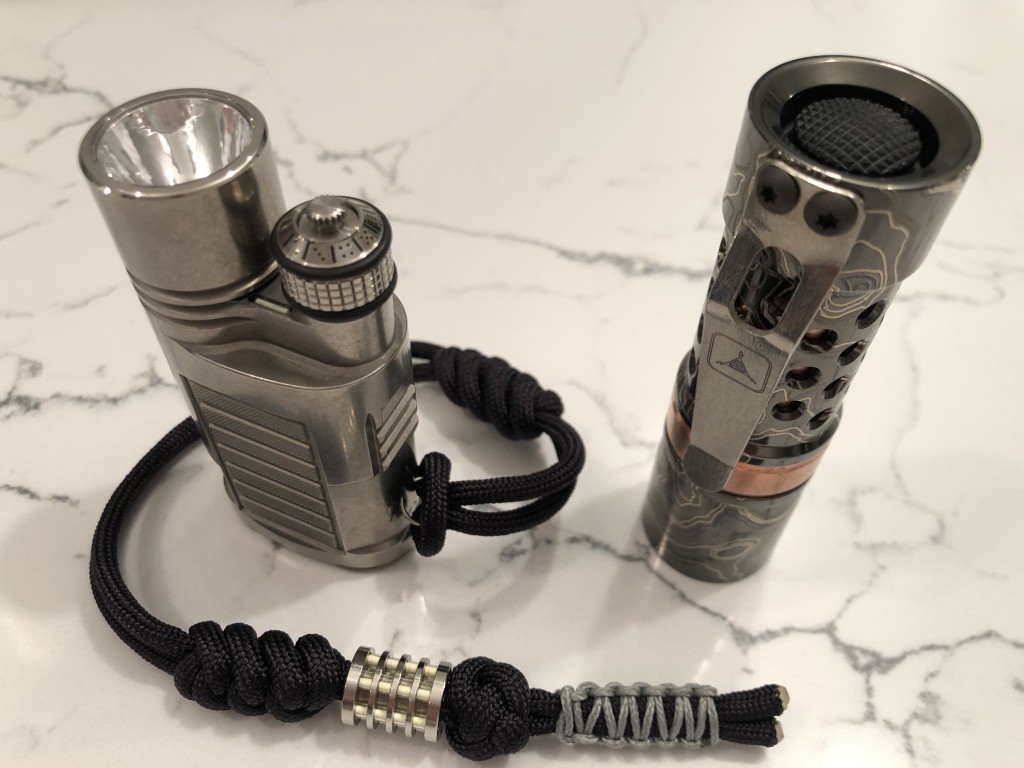 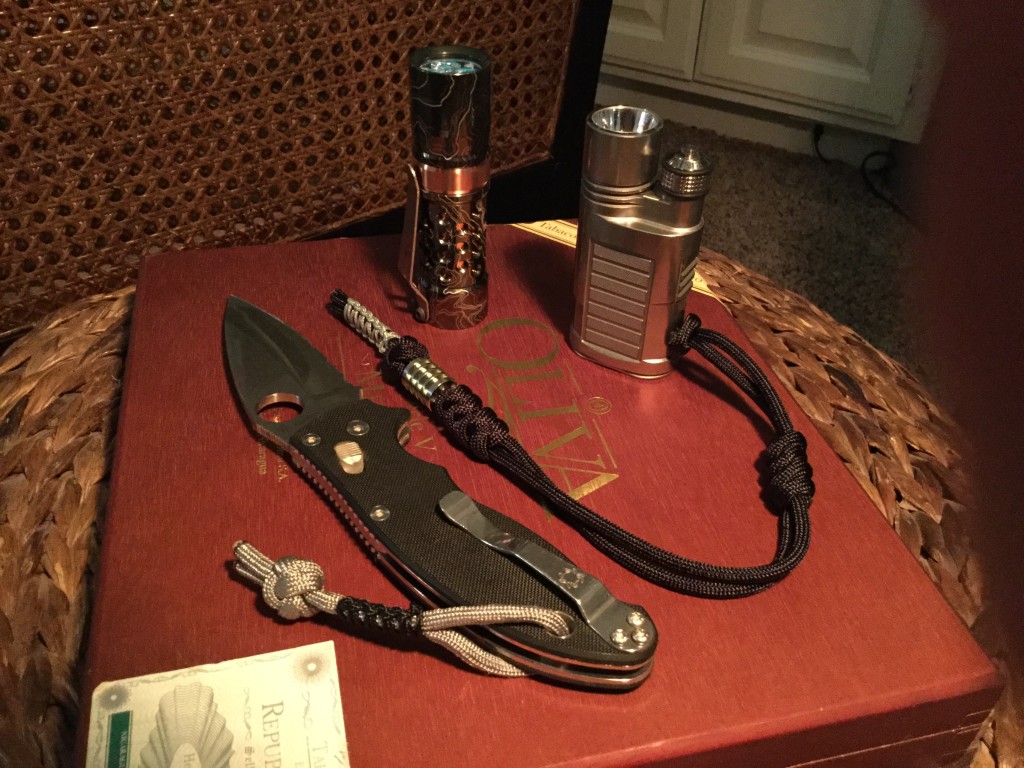 And some other flashlights and lasers.